Marketing Humor; Is the Risk Worth the Reward? 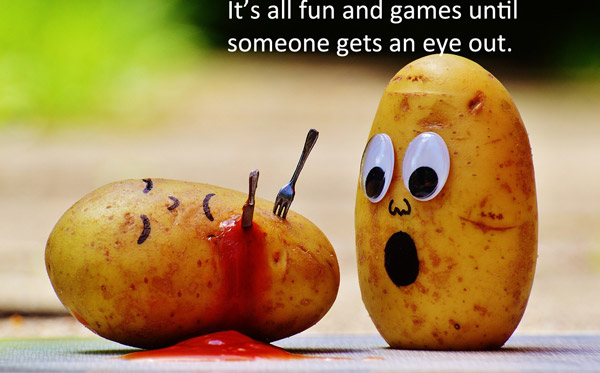 Unless you have been off-planet for the last year or so, you must have seen the Skittles advertisement featuring the poor, unfortunate youngster with colourful candies stuck to his skin, suffering from "Skittle Pox". A young female friend removes one of the Skittles affixed to his face and eats it. She then asks her confection-afflicted friend if Skittle Pox are contagious, only to be suddenly covered in them. It's hilarious stuff which has helped to propel the confection into the much-coveted top spot in sales of non-chocolate candies in North America. (Numbers two and three happen to be Lifesavers and Twizzlers respectively.)

The entire Skittles marketing approach has been one of edgy humor. The trouble with this that biting humor can bite back, as Skittles' Mother's Day ad did. It featured a woman on a couch eating Skittles while her bearded adult son still connected by a large umbilical cord, who comments on the various flavours. The "ewww factor" was off the charts and the ad had to be pulled.

Such is the nature of advertising with humor; it's like using an outhouse...when it's good, it's great but when it's bad, it can stink to high heaven. Pushing the bounds of what is politically correct may yield great dividends but you need to prepare for possible social media shaming, boycotts and lost sales if a joke falls flatter than a steamrolled cartoon character. We all love yucks that push the boundaries but we all have different boundaries which makes hitting the "sweet spot" a challenging gamble.

Given the risks associated with humorous ads, it is a bit surprising that any brand would take a chance on tarnishing their carefully protected public image. However, more and more businesses are crowding the "good taste" line because the rewards are significant. Unfortunately, bland, safe jokes never work but effective ones; gags that people instantly relate to, are the Holy Grail of Internet marketing; the viral ad. A successfully funny commercial can reach millions of people through organic reach at a fraction of the cost of TV spots. When friends share their favourite memes, the effect is powerful.

Of course Skittles doesn't have a monopoly on edgy advertising. American-based fast food giant Wendy's uses some fairly over-the-top comedy on their Twitter feed; pushing the parameters of what is considered politically correct.  It obviously is working, given the 1,890,000 followers the chain can boast. That is almost 2 million people actually choosing to have Wendy's advertising tweets on their timeline.

advice for the adventurous - Using Humor in advertising

The Punch Line at the End

Humor is indeed a powerful motivator to encourage people to share your content with their friends and broadcast your message widely, inexpensively and effectively. It is dynamite as a marketing tool but like the TNT Wily Coyote buys from Acme, it can blow up in your face. Don't say you haven't been warned.