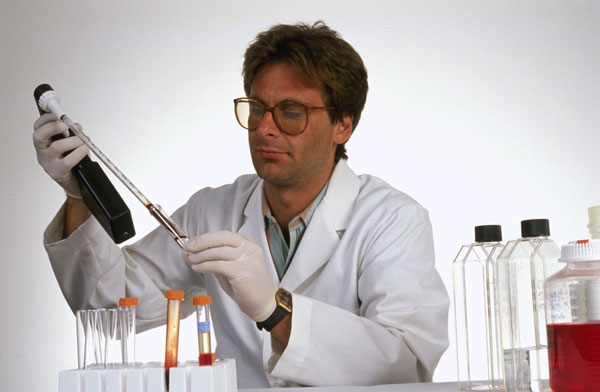 Bill and Bob are twins. They are identical in almost every way. Hard to tell apart, they even have a habit of getting similar haircuts. They act the same, sound the same and although they work for competing companies, there is virtually no difference between their two product lines. Bob, however, is exceedingly successful in his sales job while Bill... well, not so much. He lives in Bob's basement.

Besides their financial success, the main difference between the twins is that Bob knows the secrets to persuading his customers that have been discovered by in-depth marketing research. There are only six of these secrets but with them, Bob constantly blows the sales doors off of poor Bill.

Reciprocity; The Gift That Keeps On Giving

The first strategy Bob employs, once he gets that meeting with the buyer, is to try and get him to feel he owes Bob something. It doesn't have to be much. This is because, science tells us we all keep a mental accounting of gifts and favours we strive to keep balanced, irrespective of the size of the favour. When buddy buys you a beer, you buy him one back. You don't ever want to be seen as "that guy". You know who I mean; the one that never buys.
"We just got in a new shipment of promotional pens," Bob will say heartily. "Here, have a couple. Grab a few more! Spread them around to your staff!"

Bob's buyer is now interested. Even more importantly, he's indebted, even if ever so slightly. When Bill comes in with the same product and the same pitch but without the pens, science says there's no way Bill is getting the order. The tiny debt the buyer owes Bob, that's worth not much more than a dollar, two at the most, will likely translate into an order valued at hundreds; maybe even thousands of times what those pens were worth.
Poor Bill. For want of a pen, the order was lost.

Scarcity: Feeding the Fear of Being Left Out

Back in the buyers office, Bob is reviewing his catalogue of products with the buyer.
"This is a great little unit you can really use but we don't have many in stock. The manufacturer can't keep up with the orders. I'm trying to hang onto them as much as I can in order to make them last until the new shipments come in."
Not wanting to be left behind, the buyer quickly jumps on board. He doesn't want to explain to his boss why they ran out, no matter the price. The laws of supply and demand are so ingrained in our psyches, unconsciously; we prize what is rare, irrespective of its intrinsic value. You'll never see Apple drop the price of any new version of their iPad, until the market is completely flooded. Why would they if people are willing to pay top dollar?

Both Bill and Bob have the same level of education, experience and expertise but once more, Bob managed to tilt the playing field his way. He did this by establishing himself in the eyes of the buyer as an authority on his subject. Although both salesmen know their product line well, Bill made sure the buyer knew of his expertise by sliding in small conversational comments such as "In all my years in the field," and "When you have seen the market change as I have,".  Bob also had established a rapport with his inside sales and company contacts so when his customers would call, his colleagues would also put in their own two cents worth, "You want Bob to call? No problem. I know he understands this stuff thoroughly," they would say, for example.

The buyer was guided into the knowledge that Bob was an authority on the matters at hand and felt much more comfortable dealing with someone he viewed as an expert.

One of Bob's advantages over his brother was being aware of the importance of consistency in messaging and manner. By initially establishing small patterns of behaviour, Bob ensured buying from him was familiar and routine; feelings of comfort for us all. He'd done this by meeting the buyer in a repeatable, predictable fashion, the first Tuesday of every month, for even the tiniest order the buyer would give him. Eventually, it became easy to give Bob more of his business because he knew when Bob would be there to take care of his needs. He could plan around the frequency and order quantities of product that would not overload them or have them run short. The more consistent Bob's approach, the more comfortable the buyer felt about giving him more and more of his business.
Even back at his showroom, Bob's company displayed great wisdom with consistency. Bob's inside sales manager, back at the office was wise, too, in that she kept updating the product displays in their showroom and on their carefully designed website, to keep both looking fresh. She ensured, however, the products on the shelves and web pages were all where the customers were used to finding them.
Bill, however, was all over the map. If no one was calling him, they obviously weren't in need of anything, he figured, so his visits were never part of the buyer's daily, weekly or monthly routine.

Consensus: Giving Buyers the Confidence to Sign That Purchase Order

Bill always believed if he earnestly laid out the advantages of his products, no buyer could fail to see that his products were the smart choice. These people were empowered to make big dollar decisions and would not need any other blandishments besides logic to get the sale.
Bob, on the other hand, knows that everyone, including buyers, have issues with niggling self-doubt. They have bosses and budgets to answer to, as well. Giving the buyer ammunition to defend his purchasing decisions helps to save the buyer from second-guessing himself.
"This is a great product," Bob would say. "I've sold this same unit to four of your competitors for exactly this purpose and they were more than satisfied with the performance." The buyer now has the knowledge he is doing what all his peers are doing and feels there is safety in numbers. Bob got the order again.

Likeability: "They Love Me! They Really Love Me!"

Bill and Bob are so alike, you'd think they would be perceived as equally likeable, but this is not the case. Although intrinsically they are friendly, kind, decent people, Bob knows how to project that image. He starts with his first visit to the prospective client's office. He brings donuts for the staff and kids a bit with the receptionist, Phil. As the gatekeeper to the entire business, Bob knows it is important to stay on Phil's good side and that he can even be a great resource for learning more about the buyer. Does the purchasing manager have kids? IAre they sports fans? Who o they cheer for? Any nuggets of information Bob learns, he tries to relate to his own life to draw parallels. This shows the buyer that they have common ground on a personal level.
Bob knows the friendly conversation before the pitch may be even more important than the cleverness of the pitch. We all prefer to deal with people we like and often go out of our way to do favours for friends.
"I hear you're a hockey fan, too," Bob will say as they shake hands in the first meeting. "Sucks to cheer for the Oilers right now, eh? Not like in the glory years. I sure miss the Battle of Alberta."

Another thing Bob does is bring the buyer's family into it. "You have kids in school?" he'd ask, "Maybe they can use some of our free pens, too." Making a guy look great to his bosses and staff is good but making him look great to his kids is gold.

Bill, on the other hand, wants to appear efficient and professional and uses his whole time to discuss his company and his products. In other words, he only talks about things that are most important to Bill, not to the buyer. He doesn't understand that time spent in small talk establishing a relationship and a rapport is far more important than efficiency at that moment. This is part of why Bill is a perennial basement dweller.

The moral of this story is: If you're in sales and don't learn the six strategies of persuasion, you may be stuck with the Bill.

6 Popular Website Features; How they Help, How They Hurt