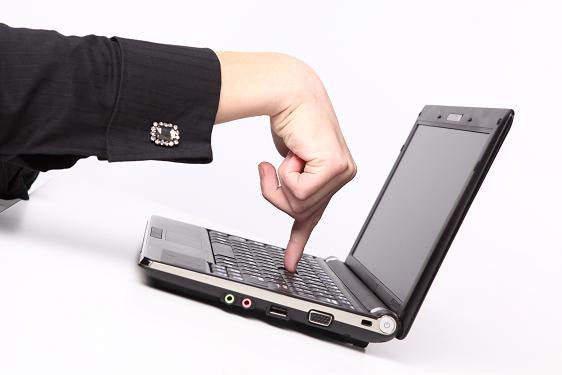 You now have legions of followers and know just what to say and do to get them to pass along your promotional posts. You do not want to merely count on these fellow tweeters alone to get your message out, of course. To widen the net you're casting will require the use of address prefixes and "hashtags".These are the @'s and #'s you see so often that aren't part of a swearing a blue streak. (&%#@#$^!!!)
The two icons are similar in that they direct your message to other conversational threads but differ in the type of thread to which they send your message.

This character is used to direct your tweets at a specific person. For instance, you can use @StephenHarper or @BarakObama if you want to get some political opinions off your chest.  People as famous as these folks will have a blue checkmark beside their names which prove they are, according to Twitter, the real Prime Minister of Canada or President of the United States.
Many celebrities have these blue checks beside their name for the same reason. Therefore, if you are looking for someone specific to tweet to, use the search window on the Twitter page to put in the @ and the first few letters of the person's name you seek. Twitter will offer up a list of tweeters that use the letters you've typed.

Hashtags are similar to "keywords" and are used to direct your tweets to threads about specific subjects, as opposed to specific people. There were a number of hashtags that led to Olympic Games threads, for example. These included #Sochi #Olympics and #Olympics2014. If you go to the search field and put in any of those, you would see every post that anyone created that had that hashtag topic in the body of the tweet. You will even likely see mostly different posts between #Olympics and #Olympics2014, depending on which version previous posters used. You may wish to find all pertinent hashtags for the messages you're sending, so those interested in the topic will find your tweets and, ultimately, your messages and contact information.

Conversely, hashtags are also handy for searching information related to whatever you need to find out about. If you want some giggles in your day, for instance put #humor in the search field and, voila, yuks aplenty, For funny Canadian or British tweets, try the alternative spelling; #humour. Note that if you change even one letter in a # listing, such as using Canadian spelling, in the humour/humor example, it changes the content completely.